Padfolio vs Portfolio, what is a Padfolio and what is the difference between both options? A Padfolio and Portfolio are products with a few similarities and a few differences. Many people need to learn that these office items are different. Luckily, this article will explain the significant differences between the two. 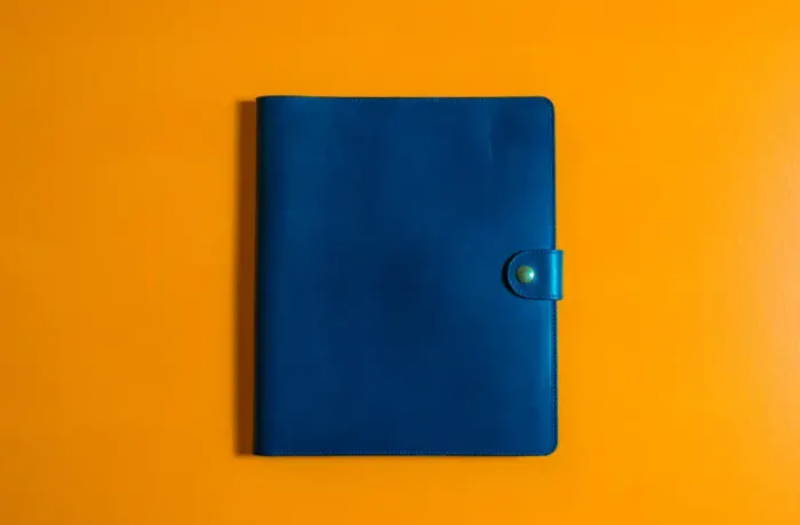 Portfolios and Portfolios - What's the Difference Between Them? 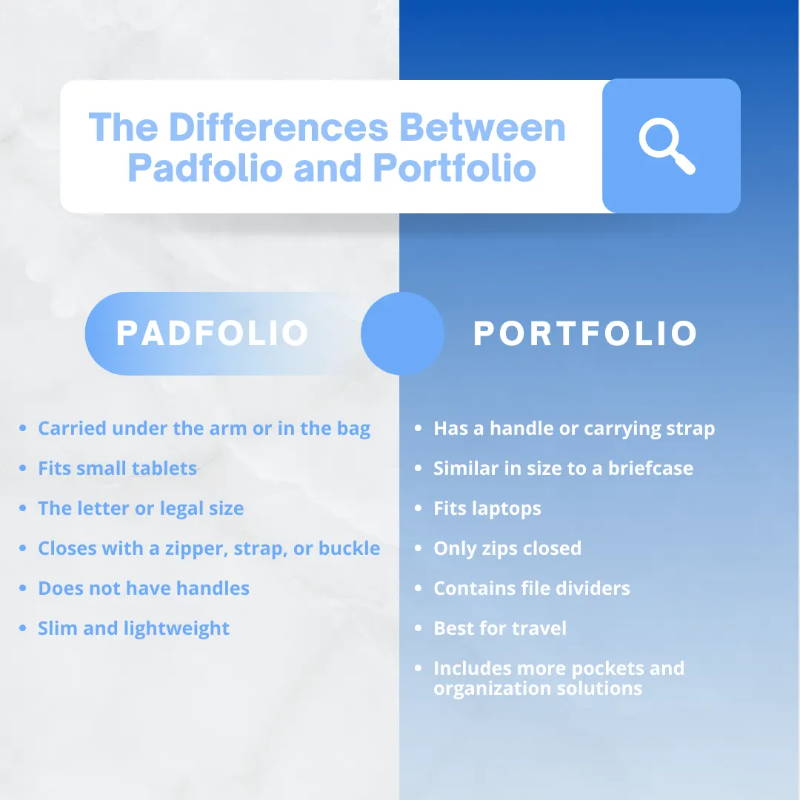 Many people do not know the difference between a Padfolio and a Portfolio. They automatically think that both items are the same, and if they own both, they cannot tell which is which. The similarities and differences between both items will be explored below.

When going out for a business meeting in the office as a man, you may want to avoid putting your documents in a purse. This leaves you with other options like a briefcase, Portfolio and Padfolio. These three options are used for similar purposes.

Regarding the differences between both items, Padfolios are not as popular as Portfolios, so many people do not know their differences. In terms of size, Padfolios are smaller versions of Portfolios. They look more like a notebook and less like a briefcase; most do not have zippers.

Instead, they sometimes come with buckles which help secure their contents. Since Padfolios are smaller than Portfolios, they cannot hold as many items as the latter. You can put office supplies, papers and documents, but not a tablet or a laptop because of how thin they are.

On the other hand, Portfolios are much heftier and bigger options than Padfolios. They look more like briefcases and can be used instead of them. Portfolios usually come with handles on top of them, making them look like compact satchels.

The major difference between a Padfolio and a Portfolio is that the former is a simplistic and minimalistic design of the latter. Padfolios look like notes and can only be used to keep documents, papers and one or two pens.

Portfolios usually come with one side for keeping large legal notepads and another for keeping different materials like pens, papers and documents. The differences between both items focus more on their interior than the exterior – one has a bigger capacity than the other. 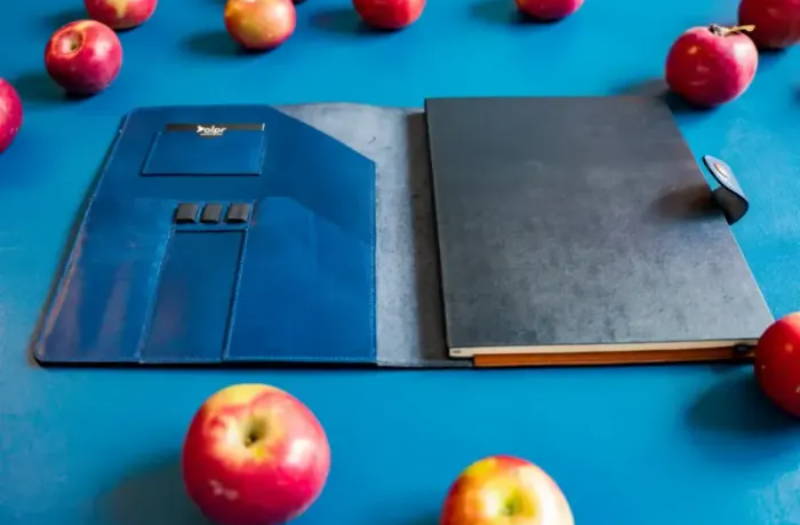 Padfolios are usually made from faux leather or leather. Although, there are other less popular options that you can go for. Purchasing a leather Padfolio is a much better option, as leather is a durable material that lasts a lifetime.

Leather Padfolios are usually water-resistant and tough to withstand the daily wear and tear your Padfolio will go through. Lastly, leather becomes more beautiful as it ages, so you can rest assured.

Padfolios are not only small when it comes to exterior dimensions but are also small regarding the interior. In other words, they are small overall, unlike hefty Portfolios. Padfolios are lightweight and slim, so they can easily be carried under your arm or in your hand like a notebook.

What is a Padfolio Used for?

You should go for a Padfolio if you need something to take notes or organize your thoughts. 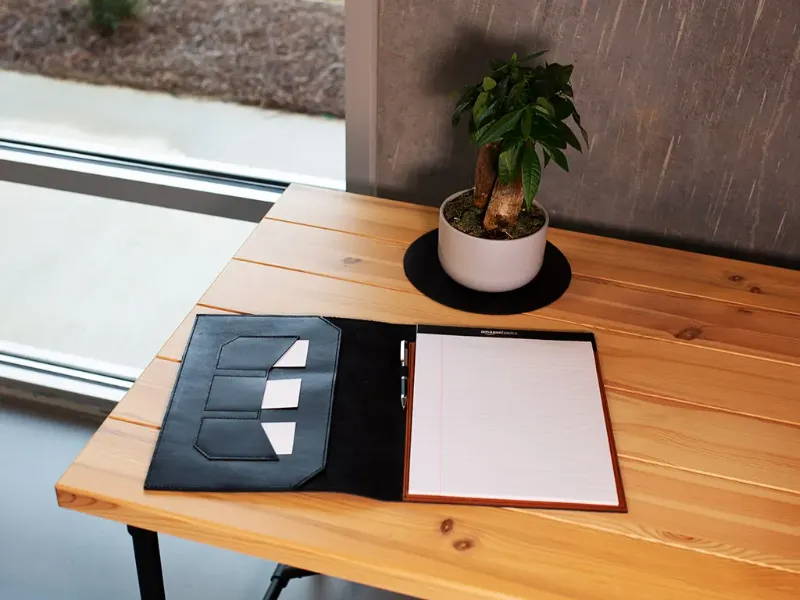 As stated above, Padfolios are lightweight and slim, so they cannot hold as many items as a Portfolio can. You cannot put a laptop or a tablet in a Padfolio as they are too big to fit.

Padfolios are usually used in the office. They have two sides – one is for a legal pad while the other is for office supplies like pens, documents and papers. Some Padfolios have pockets for keeping business cards and a calculator.

What is Usually Kept in the Padfolio?

You can only keep a few things in your Padfolio, like pens, a legal pad (Padfolios often come with one), office supplies, a calculator, business cards, documents, papers, and files. Padfolios are small and are designed to hold a few items.

What is a Portfolio?

On the other hand, Portfolios are heftier and bigger than Padfolios. They look like a briefcase and in most cases, could be bigger than one. They usually come with many pockets for keeping different items – the number of pockets a Portfolio has depends on the size you buy.

Since Portfolios are used like and look like briefcases, they are designed to be carried like them. They always come with two handles at the top, and if you get a larger version, there will be shoulder straps because you will carry more items.

The pockets in a Portfolio can be found on the outside and inside of the item. These pockets will always come in handy for storing business essentials.

Portfolios are the larger option of the two (Padfolios and Portfolios), and they function like briefcases. Most of the Portfolios you see are usually big, but some are a lot bigger, like laptop bags.

The bigger Portfolios generally have shoulder straps for carrying them across your body or over your shoulder like a messenger bag. 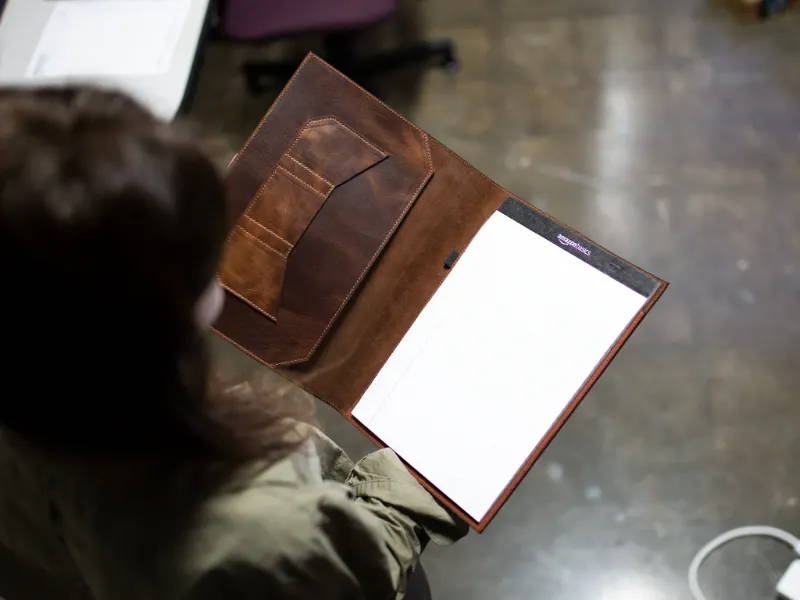 Portfolios are designed to be carried by hand, unlike Padfolios, which is why they typically have handles and a zipper closure. This is one of the features that make them similar to a briefcase. The larger versions of Portfolios usually have shoulder straps to carry them easily as they have bigger capacity.

Portfolios have many pockets on the outside and inside where you can keep your day-to-day business essentials.

Since Portfolios are designed to take in more items, they have more pockets and pay attention to organization. Some Portfolios open up accordion-style depending on what you want.

When it comes to making Portfolios, there is not much technology involved, as the raw materials used are obtained from indigenous sources. Portfolio bags are usually made from semi-chrome or vegetable-tanned leather. 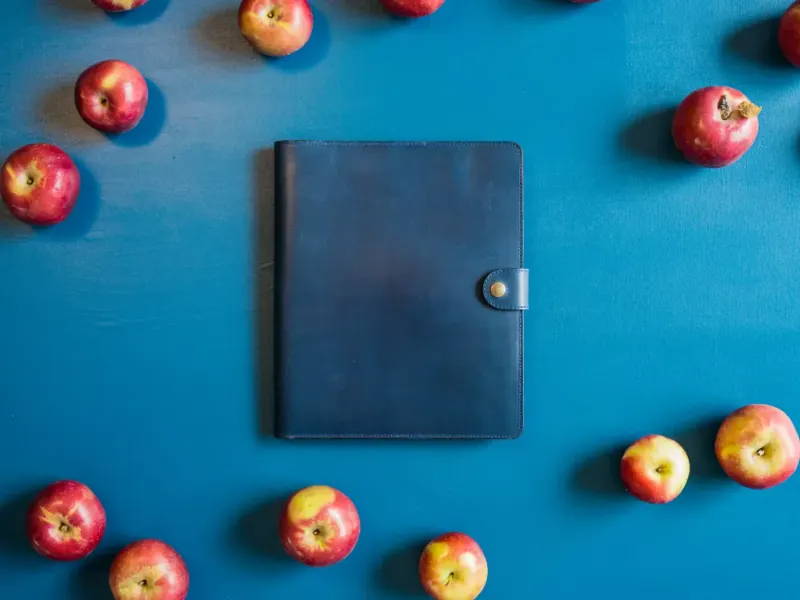 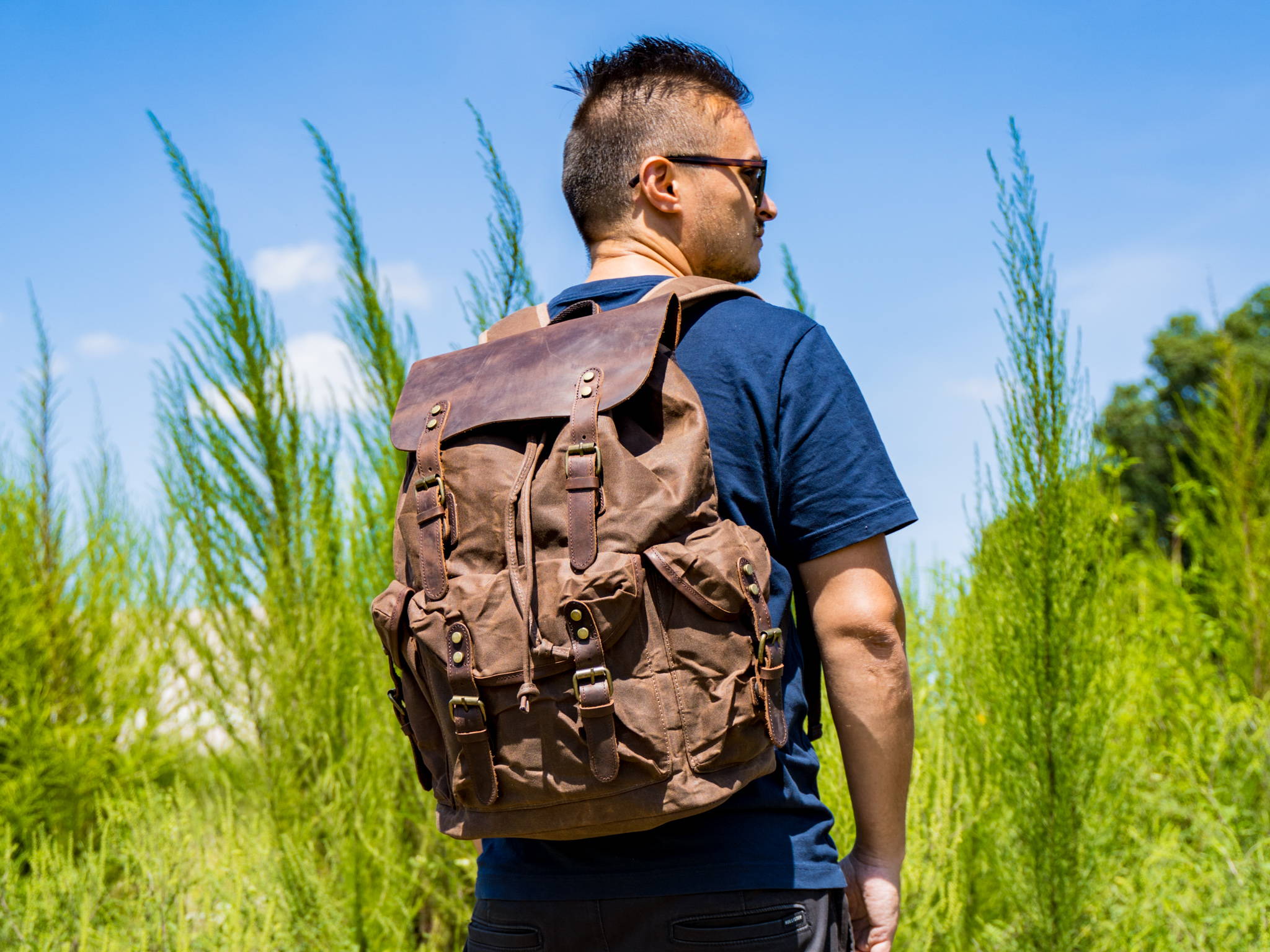 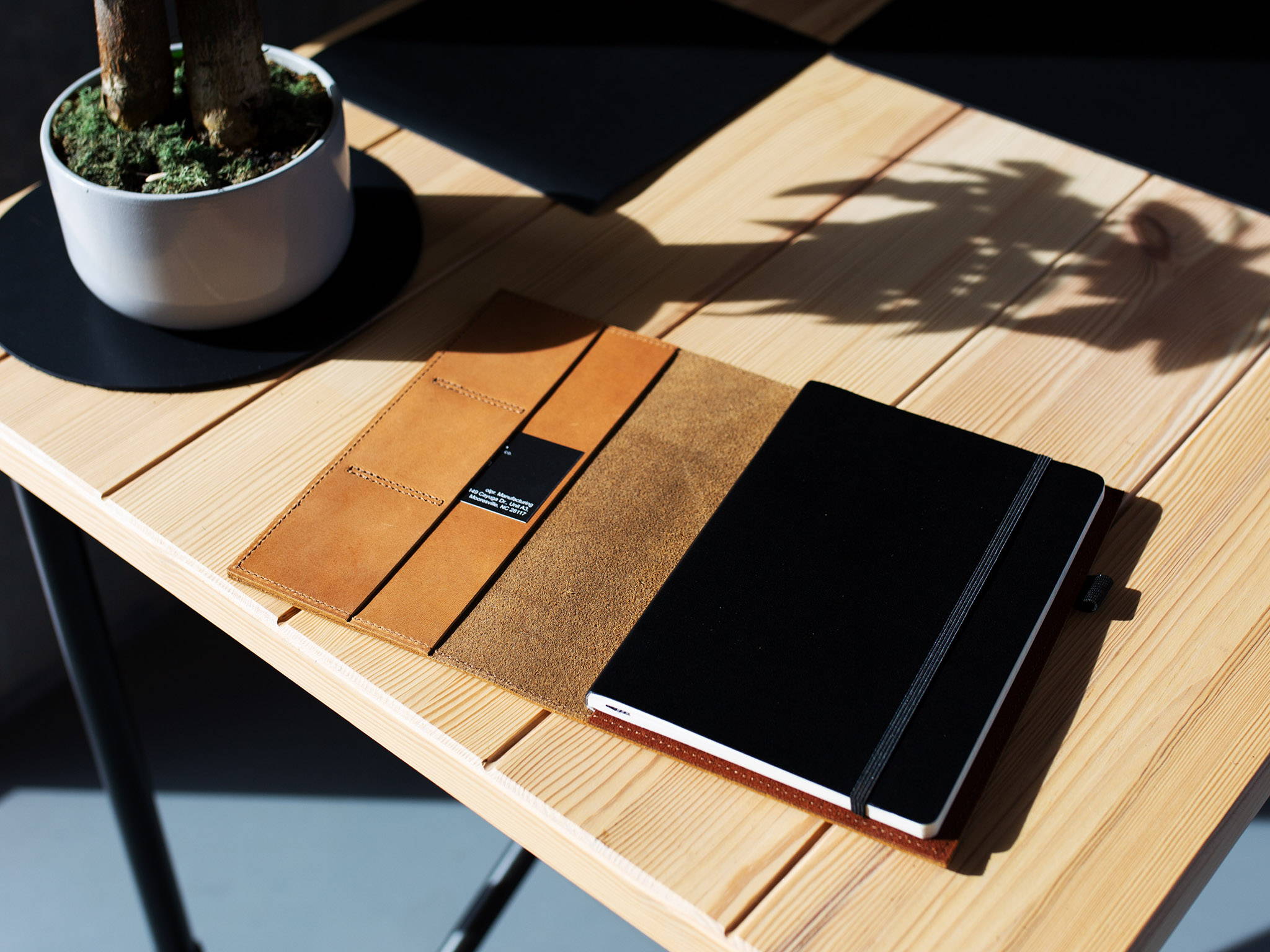 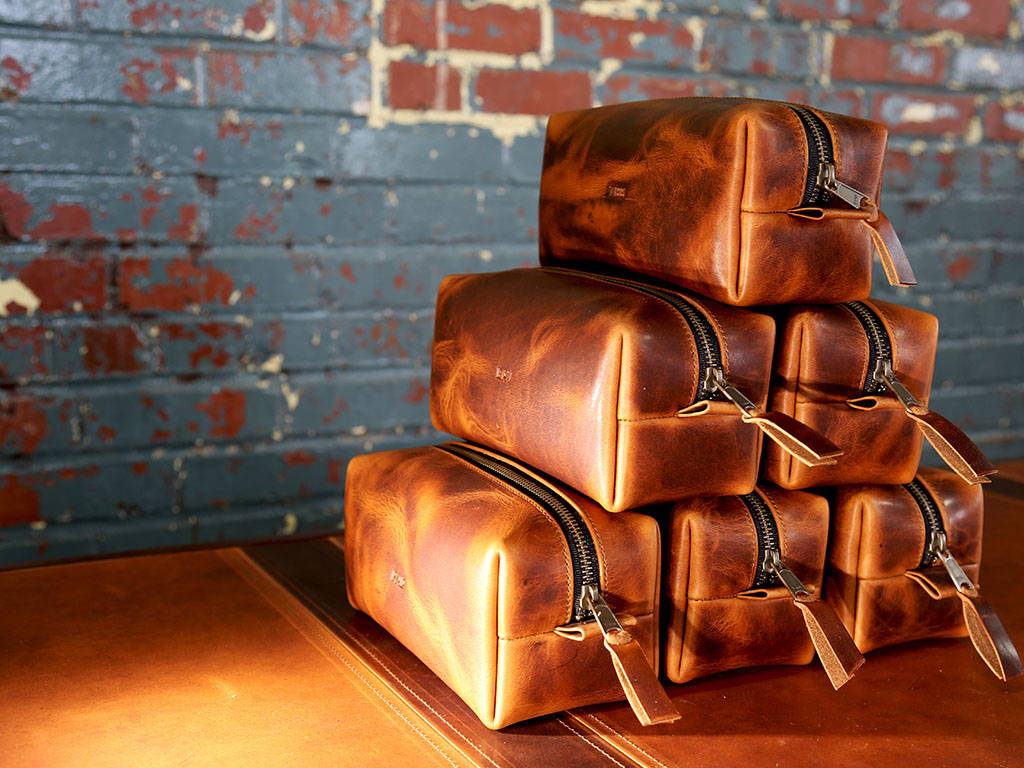 What is a Dopp Kit 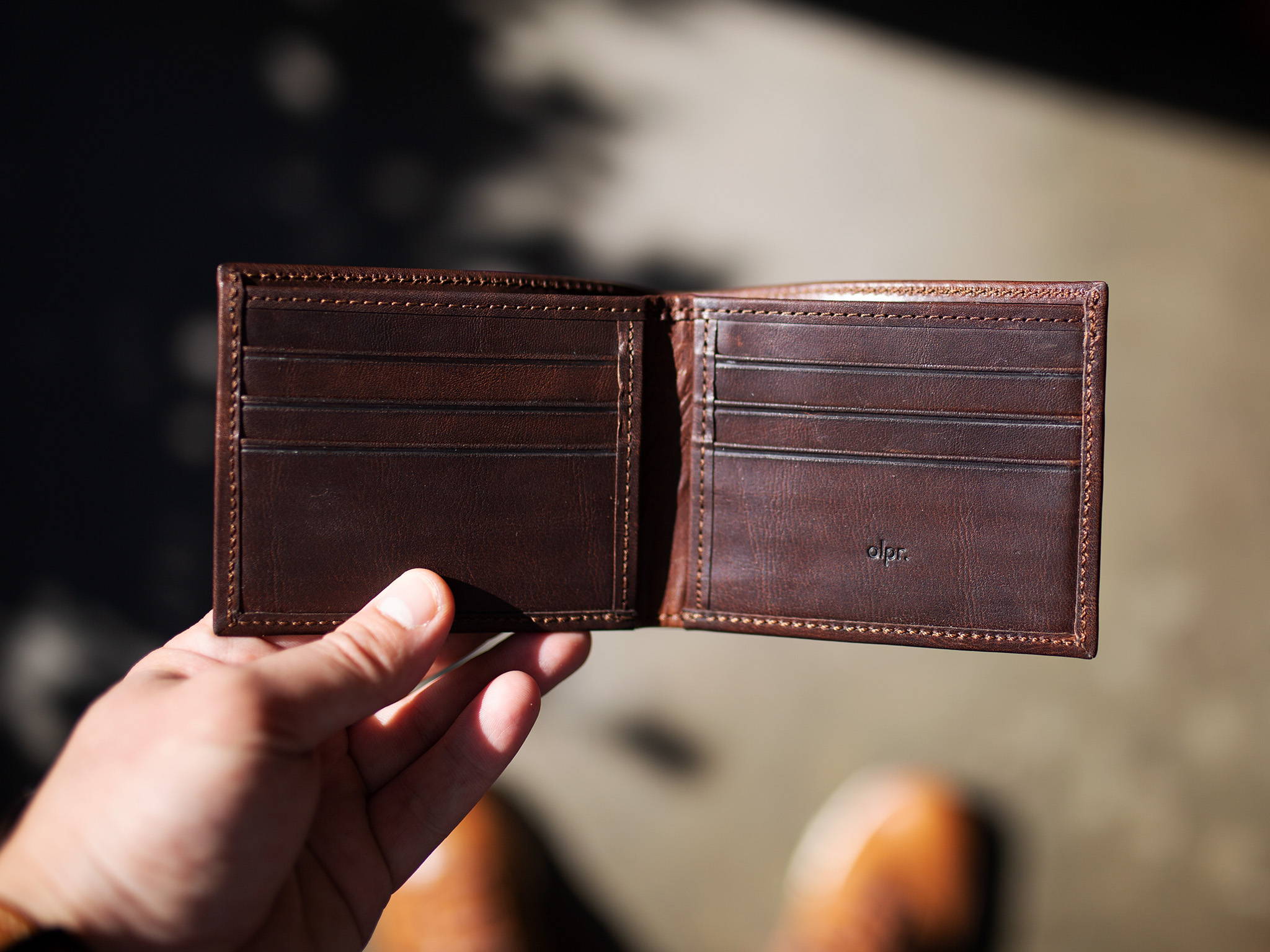 How to Clean Leather Wallets

Portfolios can be used for several things because of their size – the bigger the Portfolio, the more items you can keep. A small portfolio will easily store a charger, power bank, laptop, many files, accessories, and office supplies.

A larger Portfolio can accommodate much more accessories. You can store blueprints, solar charging pads, and more – alongside the above-written items. Large Portfolios can also be used as travel bags – since they are big enough, they can be taken on business trips and meetings.

What is Usually Kept in the Portfolio?

You can keep many things in your Portfolio due to the size. These include computer accessories, file dividers, power banks, laptops, solar charging pads, and office supplies.

Similarities between Padfolios and Portfolios

There are a few similarities between Padfolios and Portfolios which is why people mistake one for the other. 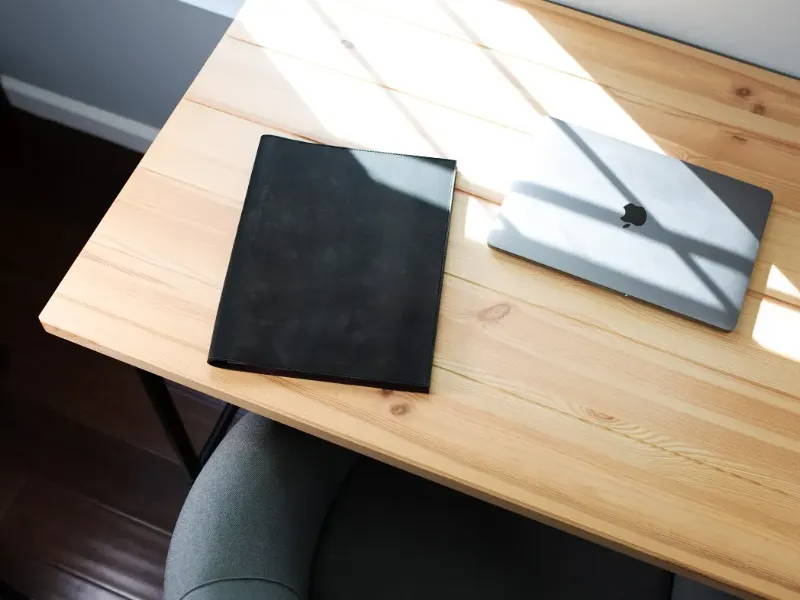 What is the difference between a Portfolio and a briefcase?

Do I need a leather Portfolio?

If you are a business person who goes on business trips and meetings, you will need a leather Portfolio to carry all business essentials.

What is the point of a Padfolio?

Padfolios are mostly used in office settings. It is the best office item for organizing small notes and keeping small and necessary things.

What is the most commonly used Portfolio?

Portfolios made from leather are the most commonly used.

What should you not put in a Portfolio?

Depending on your portfolio size, you should not keep bulky items as this may be too much load.

You can find quality leather Padfolios on the olpr. website. There are many options, so rest assured you will find what suits you best.